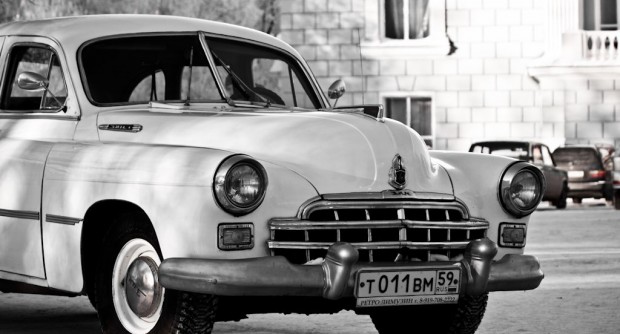 If we look at email from a signal-to-noise perspective, then one-to-many emails are undeniably in the “noise” category; people are exceedingly good at ignoring them. Even Gmail and Hotmail are helping us ignore them by providing smart inboxes that sort incoming messages.

Emails from our families, friends and coworkers, however, are “signals.” We go out of our way to read them. But those emails aren’t the only ones — on occasion, we’ll happily read messages from businesses or complete strangers. Why? Because these emails are interesting, engaging and, most importantly, full of personality.

We’ve become very selective of what we consume in order to keep from drowning in our overfilled inboxes. Emails from Dad or a lifelong friend take priority, because they’re people we know and trust. Emails from outside our circle? Not so much. Our brains have an upper limit; we don’t have the capability to focus on an unlimited number of things, and our mental ability to care about the things that do interest us wanes over time.

But ultimately, we crave interaction, whether it comes from a trip to an unfamiliar part of the world, from conversations with friends or from the deluge of stories delivered by the 24-hour news cycle. We need to be engaged by ideas and people. It’s built into our psychology.

So, what can we do to make our email more engaging? How can we make sure that people are eager to read it? What gives an email personality? Before we can answer those questions, we have to overcome a couple of problems.

The first problem, as unintuitive as the notion might be, is the inability of humans to multitask. In “The Myth of Multitasking,” Christine Rosen shows that more and more evidence is being found to indicate that our brains simply aren’t wired for it. Despite what many believe, performing several tasks at once (like sitting at a computer and browsing the Web while talking on the phone and taking notes) isn’t multitasking, because we aren’t actually doing all of those things simultaneously.

What we’re actually doing is moving laterally, and switching quickly from task to task. Because of this, we end up in a state of “continuous partial attention,” a term coined by Linda Stone to describe the broadening of our focus from one task to many. Whether or not this sort of divided focus is a bad thing depends on the context; it serves us well at our desks, but take that phone conversation behind the driver’s wheel, and the effect is detrimental.

Our failure to maintain a high level of interest in a subject can be traced to what’s known in psychology as “secondary traumatic stress disorder,” colloquially known as “compassion fatigue” (see the chapter by Charles R. Figley in the “Sources” section below). You’ll find compassion fatigue in just about any caregiving profession — therapists may eventually need therapists of their own, and doctors’ bedside manner might cool over the years. You’ll also find it in customer service, where burnout is common. The growing cynicism over the state of news media is another clear example, as people become wearier of the “always on, always a scoop” environment. To combat that fatigue, news outlets double down on their tactic, and the problem turns into a cycle. So, compassion fatigue is our second problem.